“Incredible information. This is not a seminar, it is a dental school with a new perspective, putting patients and their health and well-being first, and doing dentistry in this world that is out of this world.”

“The information you provide can be implemented without having to purchase one piece of equipment. The only change needed is me.... and that is easy to change.”

“Strupp takes the fear out of performing complex dentistry by eliminating much of the confusion created by "flavor of the week" doctrines. I can take the information he presented and apply it to the first patients I treat on Monday.”

“For practical, predictable, and profitable protocols that will work, Simplifying Complex Cosmetic and Restorative Dentistry is the best seminar any dentist could ever attend! Nobody surpasses the quality work Bill Strupp and Micheal Brumm produce.”

“If you pride yourself in being a superior restorative dentist, this course should be mandatory! I've been across the country and have attended almost every well-respected postgrad CE program available and can guarantee, the ROI(return on investment) on this course is unmatched, and the reason I return each year.”

“This seminar definitely gets you thinking outside the box. You can now begin to see dentistry in a whole new light.”

“Doctor Strupp really knows his stuff, he is Pankey, Dawson, LVI rolled into one!”

“This has been the best course I've taken years. I learned more here than what I learned in dental school and many other courses on this topic.”

“The most complete, unbiased, full arch dentistry course I have ever seen.”

“This was the best, simplest explanation of CR-CO and VDO that I have seen in almost 30 years of dentistry!”

“Dr. Strupp’s presentation of the material not only leaves you feeling that you have all the information you need to do the treatment necessary, but that you are able and wanting to go back to the office and do it”

“I have been going to a lot of seminars for the last three years trying to finish my CE credits required for the MAGD and by far the weekend with Dr. Strupp was one of the best CE that I have taken”

Bill Strupp has the Personal Experience and Knowledge to help you successfully navigate the complexities of cosmetic dentistry. Over the past 35 years, Bill Strupp has focused his entire practice on complex cosmetic cases. Unlike the seminars of the professional speaker who photograph and Photoshop a simple solitary case for the purpose of presenting a "one slide fits all" seminar that fails to relate to the real world of dentistry, his presentation encompasses the multi-dimensional aspects of hundreds of complex cases that he has treated over the years. Bill Strupp is a practicing clinician who has placed over 62,000 units of crown and bridge and has learned what works and what does not. The techniques that he uses everyday and teaches in his seminars can change cases that would otherwise inevitably fail into cases that will endure the test of time. In addition to his vast experience in cosmetic and restorative dentistry, Bill Strupp has associated with numerous prestigious professional organizations that are enumerated below. He was a major contributing false in the foundation of two such organisation in his role as the Principal Founding Speaker at the inaugural meeting for the American Academy of Cosmetic Dentistry in 1984 and the Florida Academy of Cosmetic Dentistry in 1997. He is a dentist who has always been ahead of his time, as evidenced by his 1981 presentation at the ABA meeting in Kansas City, MO entitled "How Cosmetic Dentistry Can Build Your Practice." Bill Strupp has also enjoyed the role of Team Dentist for the New York Yankees since 1995 and has been presented with five World Series Rings. Bill Strupp teaching style is not for the weak at heart. He is known for his straight forward, "take no prisoners" approach. Thorough information is rapidly but clearly presented and accompanied with detailed written note so all you have to do is listen. As Dr. Fred Troxel from Key West Florida has said, "A Bill Strupp presentation is so filled with information that it is like trying to get a drink of water from a fire hose." His simple approach to complex cosmetic cases will blow the roof off your bottom line. 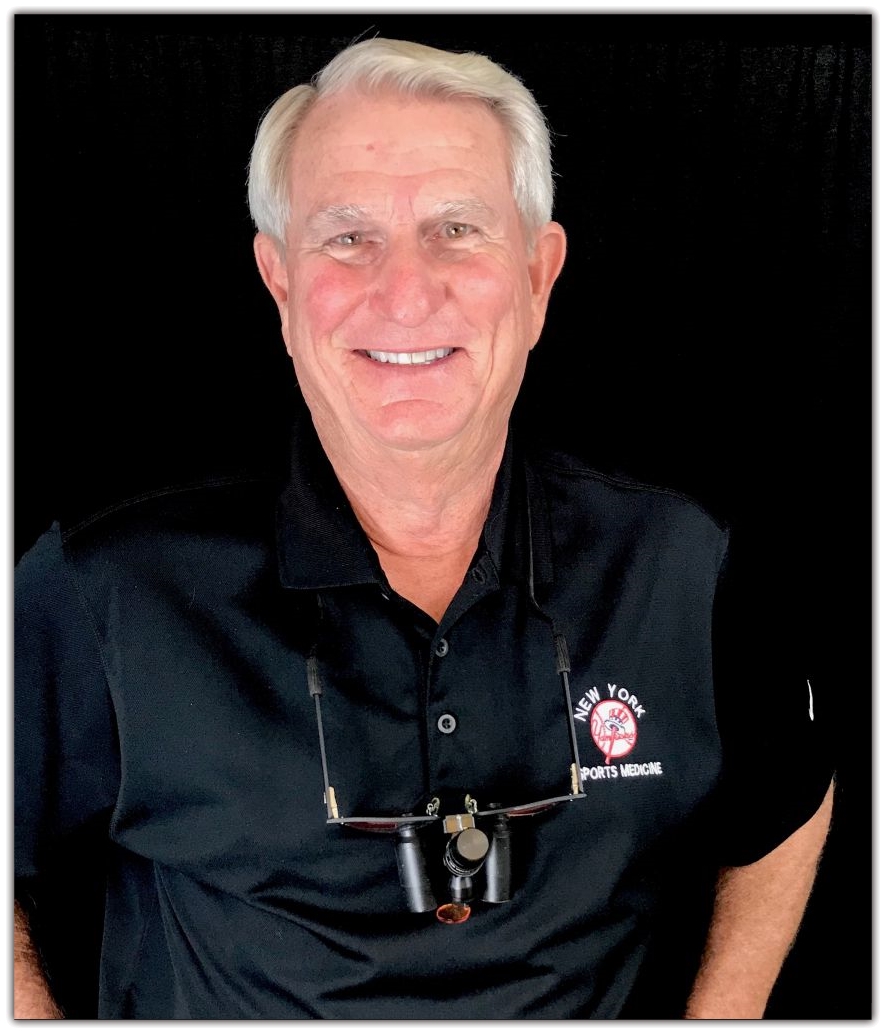 Michael Brumm joined Bill Strupp's dental practice as a full partner in November 2008. He decided early on that he wanted to embrace and excel at Bill's protocols and was intent on improving them. He has continued to fine-tune his dental education in the areas of cosmetic and restorative dentistry through completion of numerous courses, by becoming an Accredited fellow of the American Academy of Cosmetic Dentistry and by being intensely mentored daily by Bill Strupp. His fellowship in the Academy is the highest credential available in the Academy. He took it to heart when Bill told him that he would never reach his full potential as a restorative dentist until he understood and mastered what transpires in the laboratory. Working tirelessly he became a Certified Dental Technician and using his advanced laboratory skills actively monitors every aspect of every cosmetic and restorative case in the office. His laboratory expertise is invaluable in dealing with advanced implants cases requiring extreme cosmetic outcomes. His clinical skills are a testament to the fact that if one follows proper protocol success will be guaranteed. These protocols will be presented in the seminar plainly and simply. Tremendous success in cosmetic and restorative dentistry will become a matter of routine with the information you will gain from this seminar. 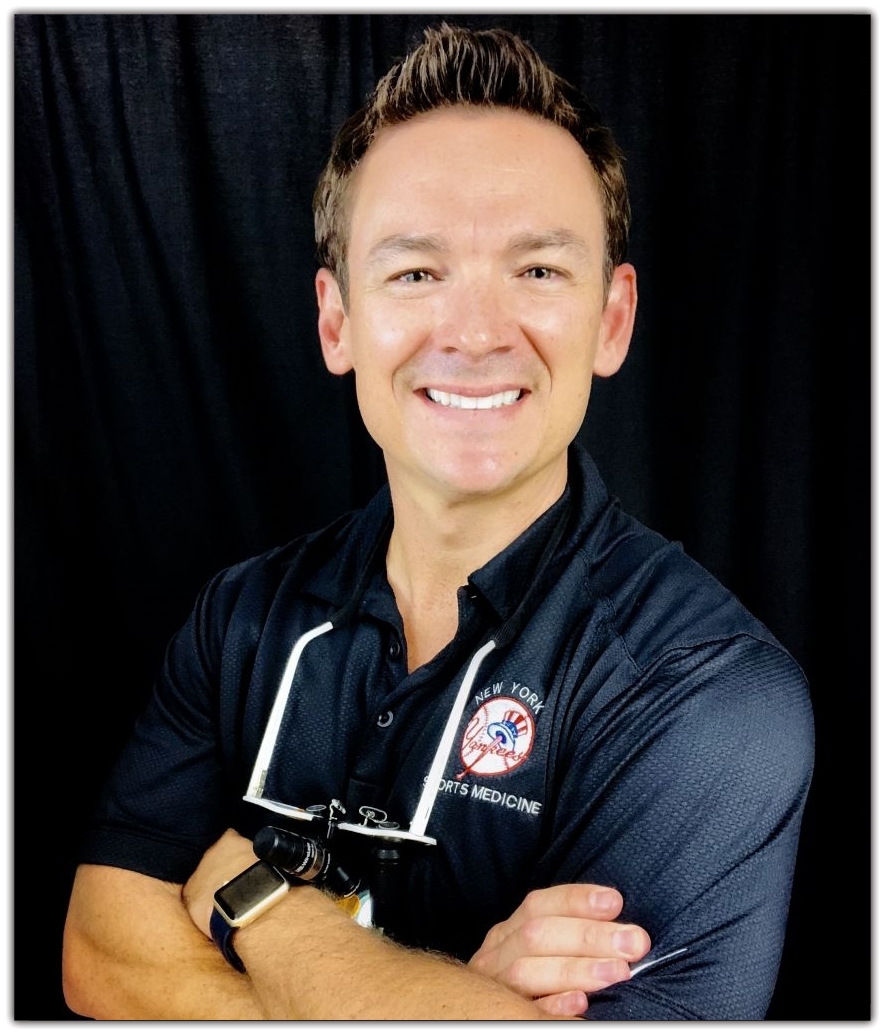 The heart of this presentation is aimed at generating higher profitability through simpler and more predictable clinical protocols. These protocols can make the restoration of a full arch case no more complicated than a single unit yet will make single unit a slam dunk. Confusing procedures or ones that use expensive proprietary equipment based on fringe science are not part of these protocols. Only simple straight-forward techniques to achieve perfect results with minimal effort that allow you to produce the maximum income will be discussed. On Monday morning, you will be able to use the CLEAR, CONCISE AND EASY PROTOCOLS to treat every intricate aspect of C&B and Cosmetic cases. These no nonsense protocols are so effective, even the most ridiculously complex case can be treated predictably. They will also prove to be invaluable should you pursue ACCREDITATION in the AMERICAN ACADEMY OF COSMETIC DENTISTRY. You can FORGET ABOUT STRUGGLING WITH THE CLINICAL CHALLENGES OF COMPLEX CASES and there will be no reason to miss out on the tremendous financial opportunities they represent. The complete lecture in pdf format detailing the entire presentation will be provided, so nothing can be missed or forgotten. It is "cookbook" information that you can put effortlessly into clinical use on Monday morning.
REGISTER NOW